Raptor all the things: say hello to the first truly “global” Ford Raptor truck, the Ranger, to be available with gasoline or diesel engines.

Back in 2010 when the first Ford (F-150) Raptor was launched, I was reviewing vehicles and was able to drive the truck extensively both on and off-road.

Wherever I went, people were drawn to it like crypto bros to an NFT launch.

But sheesh, that truck felt huuuge. For 2023, there will be three off-road performance Raptor models: the large Ford F-150 Raptor, the Bronco Raptor (convertible) SUV, and this, the Ranger Raptor truck.

Just launched in November, 2021, the latest generation Ranger is not only a more appropriate—read: outside of North America—size, but now will be far and away the highest-performing truck most drivers are able to purchase from the showroom floor.

Like the Bronco Raptor, which shares this platform, figure a twin-turbo 3.0-litre EcoBoost V6 engine with as much as 392 horsepower and 583 Nm (430 lb-ft) of torque. Aaaand anti-lag.

Being a global vehicle, it’s also tuned for market restrictions, meaning in Europe the same engine is rated at 282 hp. Tuners, you have your orders.

Ford says, “The 2.0-litre Bi-Turbo diesel engine will be available in select markets on the next-gen Ranger Raptor from 2023, with market-specific details provided closer to launch.”

Drive on rough roads often, and those C-pillar(!), box, and spare wheel well upgrades (with new shock tower, jounce bumper, and brackets to match) are likely worth the price of admission.

Inside and out, Raptor-specific seats, trim (and even Bang & Olufsen-branded audio system) give no doubt that this is a special truck. 🏁 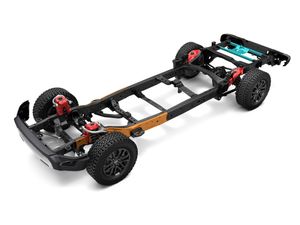 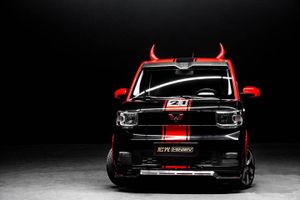