All the car (we never asked for)

✰ Test driving the Volkswagen Golf Mk.8 against its rivals makes Daniel P. nostalgic for what we once had.

Michael sparked a little idea in my head when I read ZZ009 earlier last month.

So, I decided that I would go have a look myself at the ‘new’ Volkswagen Golf Mk. 8 to get an understanding on how and what people are buying, and also background for those in North America who might want to consider the car’s competitors here in Europe.

But first, let’s go back to circa 2005, and my first-ever experience with the VW Golf…

Both sides of my family are into cars, and there’s none quite as devoted as my oldest uncle, who lives in Mozambique.

He was the proprietor of two VW Golfs, both GTDs and left-hand drive – German imports which were as rare as it gets in a country where right-hand drive is the law of the land.

The first, red 1981 Mk. 1, I unfortunately never got to see. This car had its tire slashed by a lion, which forced my uncle to fit the spare tire in the middle of Kruger National Park in South Africa—one of Africa’s largest game reserves, on the border next to Mozambique.

Shortly after, he got a 1984 Mk. 2 Golf in white. This one—this car sparks many early memories. Long summer evenings were spent with family at his house, sitting in the car and appreciating all the different controls and buttons, which at night had a bright backlight. This was unfamiliar to me at the time, as a young enthusiast used to Japanese cars.

Fast forward to a few weeks ago…

When I walked into my local Volkswagen dealer to see a Mk. 8 Golf, I was met with a rather surprising sentiment.

Like a clinic, this place felt sterile, polished, and as modern as any other dealership today. In the corner stood what I had been there for and with keys in hand, I promptly got acquainted with this new Golf.

Almost immediately, the same sentiment that met me at the door of the building welcomed me into to the tastefully chosen, manually-adjustable cloth seats.

It was a 2022 Volkswagen Golf R-line 1.5 eTSI, if that means anything to you. Beyond the fairly spartan cabin, all materials were more consistently premium than the other two cars I’ve already checked out in this same segment: the Astra and the newest Peugeot 308.

Much has been said about the haptic touch sensitive buttons that VW has made an integral part of its new brand identity. Still, I was not prepared for how much of a departure they actually are from previous generations.

This new, odd arrangement is also continued to the headlight switch panel. Many of you are familiar with the solid, traditional rotary dial to select headlight settings—this is now a touch panel, as are the steering wheel controls – possibly the biggest misstep in this car.

As my frustration rose to a boil by accidentally activating unwanted functions, I realized exactly what I wanted to do with this experiment: end it.

The biggest markets (together with the most stringent regulations) have pushed manufacturers to go down the appliance route.

As explained in this video by savagegeese1, adding technology allows cars to become more homogenized app-for-app with the other high-tech devices in our lives, but this is at odds with the fundamental reasons as to why we get in our cars in the morning: the car is the feature.

In a country like America, driving is more of a necessity than almost anything else; yet in most of Europe, where there are strong incentives not to drive, most people still choose to do so. Nothing here equals the Golf for this purpose (and price)—proven by its commercial success.

With this new generation, I felt these big changes were more of a reflection of a company struggling to find its way in a shifting car market.

To my point. Any new vehicle is, arguably, a product purchased over and above the need for basic transportation. Cars can transform urban and rural environments into a personal space: a way to briefly dull the rest of the world, and focus on an analog activity through which one can process emotions, thoughts, and feelings…

Driving is how cars can really touch you. I believe it is also a unique feeling people search for when they get out of bed, whether or not they’re drivers. And so I don’t fear a future with electric cars, or of having no brand-new sports cars around to buy. (In fact, I say often that everything worth buying has already been made.)

What occupies my mind is: what happens when the world will become so unbearably loud, and we have no way to escape it?

I argue that to survive, clever marketing and disguising bad manufacturing with gimmicky features is not enough: simply Google ‘recall + automaker’ for evidence of these cumulative effects. Again: the act of driving is its own feature, its own reward.

My hope is that consumers will push for analogue once more. Maybe not in its underlying mechanical components, but definitely in the way controls are delivered to drivers.

That sense of touch must go beyond beyond a specific feature: no amount of Apple CarPlay, haptic controls, or ultrawhite showroom tiles will do. Maybe that’s why the Mk. 8 left me so cold. 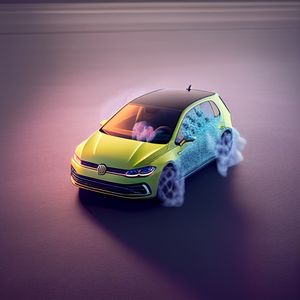 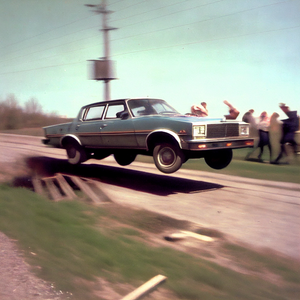 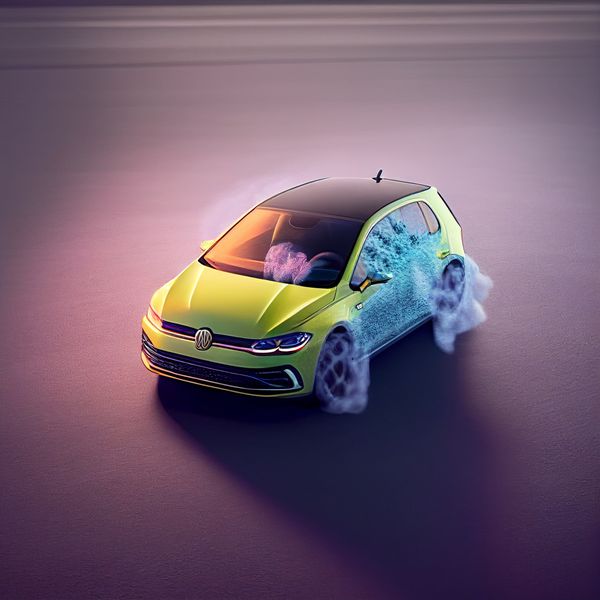 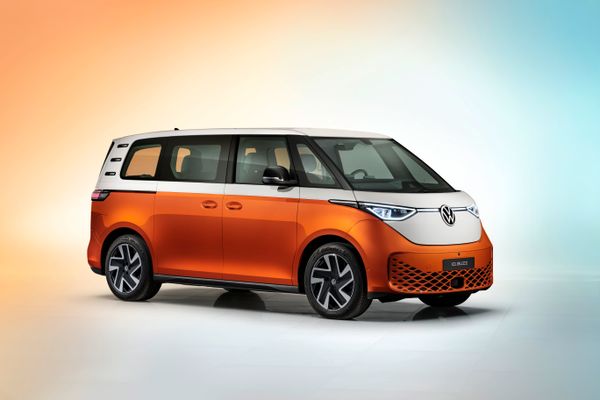