Jeff Zwart, with the help of Porsche, takes a Taycan 4S Cross Turismo through "Dirt Mulholland"

Raise your hand if you're a car person and have made an intentional trip to Mulholland Drive: 🙋‍♂️. What if you drove the short 'Dirt Mulholland' section before landslides forced its closure in the 1990s?

Porsche says in a release that conditions on the 8-mile (12.8-km) gravel section degraded enough after rainstorms to close the portion to traffic forever—indeed, checking the official history it was closed to cars since El Niño rains in 1997 and never reopened.

It now falls within one of the largest metropolitan wildlife areas of the U.S.

“Heading west, on the left are hills Irish-green in the springtime, with glimpses of Pacific Palisades and the ocean on a clear day, and on the right is the San Fernando Valley, rolled out like a rug. The only sounds are the wind and the rusty call of crows, the satisfying crush of feet on rocky soil and the whiz of the occasional mountain biker sailing downhill.”

Because of this, it's since become a haven for cyclists, hikers, and people looking to immerse themselves in nature without venturing too far from the Los Angeles Basin.

What makes the short commercial above interesting is that Porsche received special permission to have Jeff Zwart, director and driver extraordinaire, to haul a Taycan 4S Cross Turismo across the forbidden stretch of road known as Dirt Mulholland.

Now you know about it, too. Enjoy the faultless view: 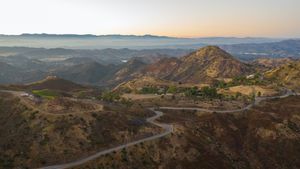 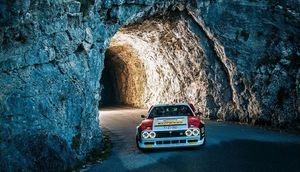 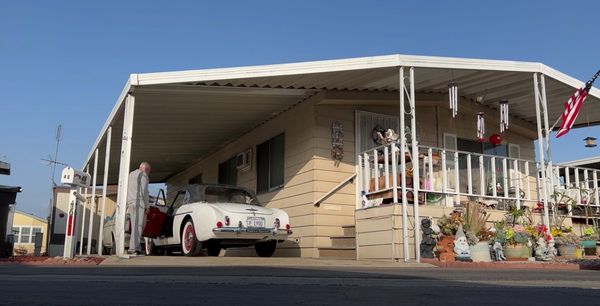