Boiling a car brand down to its Genes, demolishing an auto plant, women racers, and visiting the hardworking mastermind behind Porsche tuner RWB.

As a longtime Speedhunters reader—like, from the start—anytime I catch a glimpse of Larry Chen and Dino Dale Carbonare living their best lives, I smile.

It’s undoubtedly been a ton of work to build an immense catalogue of tuner-focused car content and these two keep finding new ways to top their game.

I don’t care what you think about this family-sized SUV concept from Chery: any Matrix bug-faced machine is a-OK with me.

Ok, sure, its lines are what we envision when automakers make a big deal of reinvention and defining a new vision for the brand. Just when you think you’ve seen everything, pow—out comes a concept like the Gene with a rear 3/4 angle defined by negative box flares. Reverse box flares? Minimal box flares?

If it’s a beauty pageant between this and a BMW XM, I hate to say it—but it’s an easy win for Chery in my book.

Even its demolition has been quite the saga—but this time, reports say the Packard plant in Detroit may finally be fading into history.

After mentioning I wished that more motorsport funding went to women earlier this week, I got some mixed feedback from my male friends. Weirdly, also this week, racing coach, former IndyCar driver—and actual advocate for women drivers—Pippa Mann said the above on Twitter.

The women-only W Series may call its 2022 calendar short before the final races can be run. Why? Financial problems.

But don’t simply shrug your shoulders, dwell on the article, and soak up the frustration she was channelling.

Unrelated to the above (but also, in a way…related) we’ve seen many father-son pairings in motorsports, but mother-daughter? On October 14, follow Sarah and Bridget Burgess compete at the Las Vegas Motor Speedway. For the event, eBay is stepping up with—you guessed it—actual sponsorship dollars to help make this happen.

Other companies could learn a thing or two from eBay’s example here, and I hope the opportunity and buzz leads to further sponsor support for women in racing.

This visit to the shop of legendary Porsche tuner Akira Nakai is notable for how relaxed it all is. These are, after all, friends. It’s not their first rodeo. Pay attention to what they choose to film, talk about, and dive into—you won’t see this much intimacy from 99.9% of RAUH-Welt BEGRIFF (RWB) content.

And yeah, there are Porsches.

“What the world needs now is rough one love” 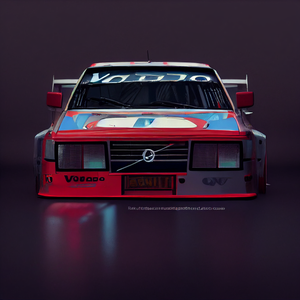 
What if…Volvo was known for race cars, not safe cars?