Hyundai is on a Rolls—I mean—roll with its most luxurious flagship sedan ever, and real-world Volkswagen ID.Buzz impressions.

They say we eat with our eyes. Well, I see that the upcoming Hyundai Grandeur sedan has a column-mounted shifter.

With no specifications yet announced, all we have on the next Hyundai Grandeur are these photos and a short press release that champions the car’s aesthetic.

“One of the model’s most prominent aspects is its pure volume and excellent sense of proportions that balance premium and dynamic styling attributes. The All-New Grandeur is defined by a Seamless Horizon Lamp inspired by the first light of dawn, accentuating the model’s wide stance and harmonizing with its parametric jewel grill. The Seamless Horizon Lamp is a perfect fusion of technology and art and characterizes Grandeur’s future-focused design sensibility.”

The release notes “with the gear knob moved to the steering wheel”…but the photos clearly indicate gears are selected from a knob on the steering column. I’d call that an early win.

The Bus is back! Has it been worth the wait? Early reviews and impressions seem to say, yeah—the ID Buzz should quickly ascend the sales charts and become as once-ubiquitous on our streets as the original was. It’s pretty efficient, for what it is. Range with the 82 kWh variant? About 350 km, give or take.

I really enjoyed the interior review. Armed with a pocket laser measuring tool and a penchant to push every button, pull every lever, and remove every protective panel, Bjørn often highlights those little things that grate on owners.

New story alert! Why I think Cadillac is chasing the wrong wolfpack with its ultralux Celestiq…

A video about the only 80-car garage that (probably) sleeps more than 160 people was coincidentally posted at around the same time ID Buzz content began popping up.

Gabriel built his collection in a short period of time after a long period of enthusiasm for the Volkswagen “Bus”—his attitude and approach are infectious, and other collectors would do well to learn from it.

When part of the demo lap is going four wheels over a curb at more than 240 km/h, you have my undivided attention.

Despite Nico Hulkenberg saying it’s more than 100 km/h off of what a Formula 1 car can do on the same track, I’m stuck wondering which Drive-Thru drinks cup would survive this road car’s trip through Copse.


Pimp My Cadillac (Pimp Every Cadillac) 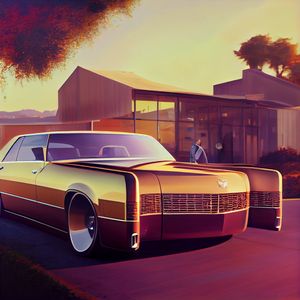