⚑ I wanted to give everyone a few days before I commented on this.

What can I possibly say here that you haven’t already thought or read before? Tim Pollard at CAR is first to report that Volkswagen is “shaking up” its approach to infotainment.

An approach Volkswagen CEO, Thomas Schäfer, admitted only because the company now knows what it needs to do. His words.

Does it? I wish it well.

I was going to bury this next part, but it’s too important: IN THE YEAR 2000, CARMAKERS HAD SUCH A SWEET THING GOING.

Here is this world-altering invention with an established global fanbase, well-honed designs, embedded in popular culture, and essential to several major economies.

There have always been problems, sure, but car manufacturers are well aware none of them will be solved solely by software. What did automakers do? Hire tons of people for IT.

The IT people get in and ask essential questions, but those involved at a higher level really don’t understand the implications and kick the ball down the line…more long lunches…supplier visits…another delayed over-the-air update.

When writers like me (and many others) started to raise red flags in the early to mid 2000s, much was brushed aside in the name of transformative change.

What I heard from countless industry insiders was, “We know! All we need is a bit of new tech, a sprinkle of software, government help to keep emissions standards consistent, tax breaks to lower production costs…and we’re good!”

That SWEET THING GOING was the overall experience of driving a car that doesn’t often beep, chime, warn, or blink at its occupants. Driving is what millions of people did to get away from it all.

Automakers insisted on connecting themselves to customers, not the other way around.

A surprising number of readers here at ZIGZAG are absolute IT gurus, in a non-car design field, or are heavily into gaming.

And the rest of you have been using computers for a decade or more; I feel confident in speaking as if we’re all power users. For the rest…

In 1994, Jakob Nielsen published a set of 10 usability heuristics for interaction design have become well-known in subsequent years except, apparently, to automakers. How would the typical vehicle touchscreen fare by these maxims?

The whole list—and Nielsen Norman Group’s excellent work—is worth a browse. For me, it’s #5 where the fundamental benefit of choosing buttons over screen interaction becomes most obvious: mis-tapped buttons is easy to correct.

When controls are buried within menus, discovery needs to happen—where is the thing? Was the correct thing chosen? Was there an error message? Did the system kick the user back to the home screen anyway? Can the user find it again? …and so on.

Feel free to fight the safety fight, noting the time our eyes spend off the road—but this method of interaction sucks, simply, on a human level.

Who gets a pass? Tesla. Why? Because for all of its software’s well-documented foibles, Tesla made the correct move of creating its own software ecosystem broadly deployed across all of its models. (Then went and undid all that solid thinking with its Autopilot rollout…)

Tesla knows what it is selling and its customers think they know what they’re getting.

If you’re in corporate communications and know you’re making changes, it makes sense to take a PR hit in order to spin this into a narrative of listening to customers, improving products, and so on.

Will these “shakeups” get at the heart of the issue—that Volkswagen, like many others, is convinced its role in society involves reinvention in order to provide Software-Defined Vehicles.

Tragedy being: customers only ever wanted a better version of what Volkswagen was already doing. A decent price, practical interior, no-nonsense looks, acceptable fuel economy, and a solid “German” feel reinforced with every click, ratchet, and touchpoint press.

Here are two renders of the upcoming De Tomaso P900, a car expected to be loud, fast, and filled with all sorts of needlessly exotic materials.

It’s exciting! But these are renders, and this is De Tomaso—how do you say, “I’ll believe it when I see it” in Italian? 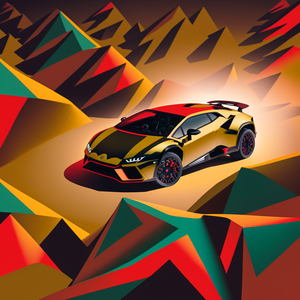 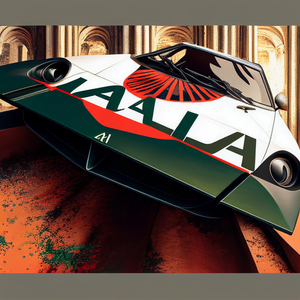